Sensory Guru has worked closely in partnership with local primary school, St Mary the Virgin Church of England Primary School in Hartfield, East Sussex, to develop Magic Carpet content specifically for younger mainstream students. Emma Maltby, headteacher at the school, was given a Magic Carpet in September 2016 and is now a huge fan of the technology, which she has used with her year 2 class over the last two terms.

On what she found particularly exciting about Magic Carpet, Maltby comments that the ability of the technology to engage and involve the students to such a degree that the teacher was free to observe the class and direct it, spending more time actually teaching, was key.

She says: “As a teacher, you’re able to stand back and facilitate, which means you’re actually able to look at a lot more than just the learning that’s going on; you can look at [pupils’] learning behaviours and their social interaction. This is because [the students] are so engaged.

“It really is that easy; there isn’t a need to maintain engagement because Magic Carpet is so appealing for the pupils. I was able to stand back and think about the questions I was using, and also I think it has the ability for [the students] to be able to start asking those hard questions of each other.”

Magic Carpet is able to bring complex and sometimes staid subjects to life, making teaching simple, says Maltby: “With looking at other things like numbers, phonics, and grammar, it really can bring it alive. The children are there and they will discuss the subject because there’s something happening, and it’s an immediate response; they can’t help but get themselves involved. As a teacher all you need to do is direct them in their line of enquiry, which is great.”

Students were captivated by Magic Carpet, she adds: “After using Magic Carpet, the children came away and said, ‘we’re going back to do learning now,’ when actually, they had been learning for the last hour! They said, ‘no we haven’t!’, so from their point of view it was on their level and in a world they understood.

Magic Carpet ticks boxes for different styles of learners, says Maltby: “Magic Carpet is kinaesthetic, it is visual, it is auditory and it proves immediate feedback, which is what children are used to in this modern day. With Magic Carpet, children were physically engaged and they also had a focal point which kept their attention.”

She adds: “Something that really blew me away was the [amount of] time they were engaged for; that was because they were able to move, they were able to talk to each other and look to see what the other person was doing, plus there was immediate feedback for them.”

Maltby says she sees Magic Carpet being of great use in primary school classrooms because of its ability to completely engage learners, as well as enabling higher order thinking and discussion about concepts being presented. She explains: “Magic Carpet has huge potential as a classroom tool. Firstly, for the fact that it enables all learners to get involved – kinaesthetic, auditory, visual – and that you can have everyone in a circle, children of different abilities, and all can access it.

“In an activity we were doing I was able to ask the children to do higher order thinking, in line with Bloom’s Taxonomy [such as analysing and evaluating concepts, processes, procedures, and principles, rather than just remembering facts]. With Magic Carpet you have the depth to think about low-level thinking skills and higher order thinking skills; the fact that you’re around it together means as a teacher, I was able to ask, ‘why is that child choosing that answer?’ and it automatically just enabled discussion.”

For early years learning, Magic Carpet gets a big ‘thumbs up’ from Maltby following her work with it and Sensory Guru over the past two terms. She comments: “In terms of the early years curriculum Magic Carpet hits all of the different areas. Children have to show hand-eye coordination, and also awareness of others, having social interaction with each other, all while also the content being used is on at same time. So you’re seeing a lot of things being covered in one go.”

She adds that the technology is helping in terms of attainment: “While we can’t say how effective Magic Carpet will be in the long term, in terms of attainment, as far as creating attention, engagement, and enthusiasm for learning, it definitely hits those short terms goals, and those goals lead directly to learning and attainment.”

Also, parents are enthusiastic about the technology being used in the classroom, Maltby notes. She says that knowing their children are able to access the curriculum through a kinaesthetic, visual and auditory method that is so cutting edge meets with parental approval all-round: “Parents have been hugely enthusiastic about Magic Carpet as a new mode of learning, knowing that their children will benefit from this very kinaesthetic approach to education.”

On how Magic Carpet simplifies the workload for teachers, its ease of use and wealth of pre-created content makes using it in planned and on-the-fly lessons a pleasure, says Maltby. Also, the flexibility provided by the ability for users to easily create their own apps based on templates means you will never run out of resources, she states: “There are so many apps to choose from, you just can’t run out. And the fact that you can create your own apps and personalise them and that content-wise there isn’t an end to it as anything can be added in, means that it’s really exciting to think about where that could go for you, your school and for the individuals in your school. It enables you to meet the needs of the individuals, which is what we’re here to do, and to meet the curriculum.”

As for Magic Carpets new app store, Maltby comments that this is a real game-changer for schools, which can finally share resources easily: “What’s really exciting with Magic Carpet is how schools will be able to share the resources they have made with other schools, and in this day and age where we’re working with multiple academy trusts and schools are coming together, it’s great to hear it’s so easily and readily available to do with Magic Carpet.

“We can save so much time by just popping onto the Magic Carpet app store and grabbing a relevant app that a teacher somewhere else has created, and vice versa, or one that Sensory Guru has made for us; no more time wasted creating resources that every other teacher has had to create as well,” she notes.

To develop Magic Carpet content for mainstream students from years 1 to 3, Sensory Guru’s lead content developer, Tony Lowry, sat at the back of classes at St Mary the Virgin Church of England Primary School for several months in order to understand how young mainstream students need to learn.

Lowry looked at how the students were taught, how they learn, how much of a subject they are presented with in one go, and in what way, and most importantly, what teachers really need from a product in terms of content, ease of use, accessibility, support, what they deal with on a daily basis, and to understand precisely what was needed for these students in this age group.

The idea, says Lee Blemings, CEO at Sensory Guru, was to enable the company to understand the limitations of Magic Carpet within a mainstream setting and to further develop the product expressly for this market. However, he says: “We found there weren’t many limitations at all as we realised we could ‘app-ize’ the curriculum, and the teacher could use Magic Carpet’s authoring tools to create their own apps, very easily. However, there were several specific needs in the overall design of apps for this age group that we realised we had to take into account.”

Lowry comments that this age group’s attention span was the first thing to stand out. He says: “It seemed that very small chunks of information in 10 minutes sections were needed. I also noticed that for the teacher, 75% of her time was spent trying to engage the kids so she could teach them that bit of learning. I learned that I needed to keep the pace of information simple for the kids while keeping them focused. Luckily, children presented with Magic Carpet are fascinated by it and instantly begin to interact, so the need to engage them is no longer an issue for the teacher.”

After observing the class in action for some time, Lowry went on to learn how the apps for these students need to look visually. He says: “We had to consider how crucial sounds, images and colours are in general learning for this age group. For instance, when it was time to tidy up the class, the teacher changed the interactive whiteboard at the front of the room from its regular pictures or standby screen, to a bright red clock with loud countdown music; the colours and sounds created an urgency for the children and the class was tidied in minutes, then the screen returned to a more peaceful aspect. As a result of this, I made our learning app content for mainstream students in bright pastels, to relax them while providing contrast.”

Also, Lowry noticed the specific fonts used by the school and use of capital letters. “Schools use a particular font that looks joined up but isn’t, and that looks handwritten. They also use grammar correctly, so capitals are only inserted where they are needed. I realised it is important to conform to teaching goals and grammatical standards set by teachers and the curriculum, because of the way this age group absorbs information.”

Following the first phase of observation, Lowry and his team at Sensory Guru began to develop apps using the rules learned. Apps were then taken into the school and used in class by the teacher and students.

Lowry says that while the students loved using Magic Carpet, the teacher provided a lot of useful feedback on the structure of the apps and the order information is presented so that it resonates more strongly with the students.

Magic Carpet is a valuable teaching tool for mainstream education that allows pupils to experience content and learning in new ways, while fully supporting the curriculum. 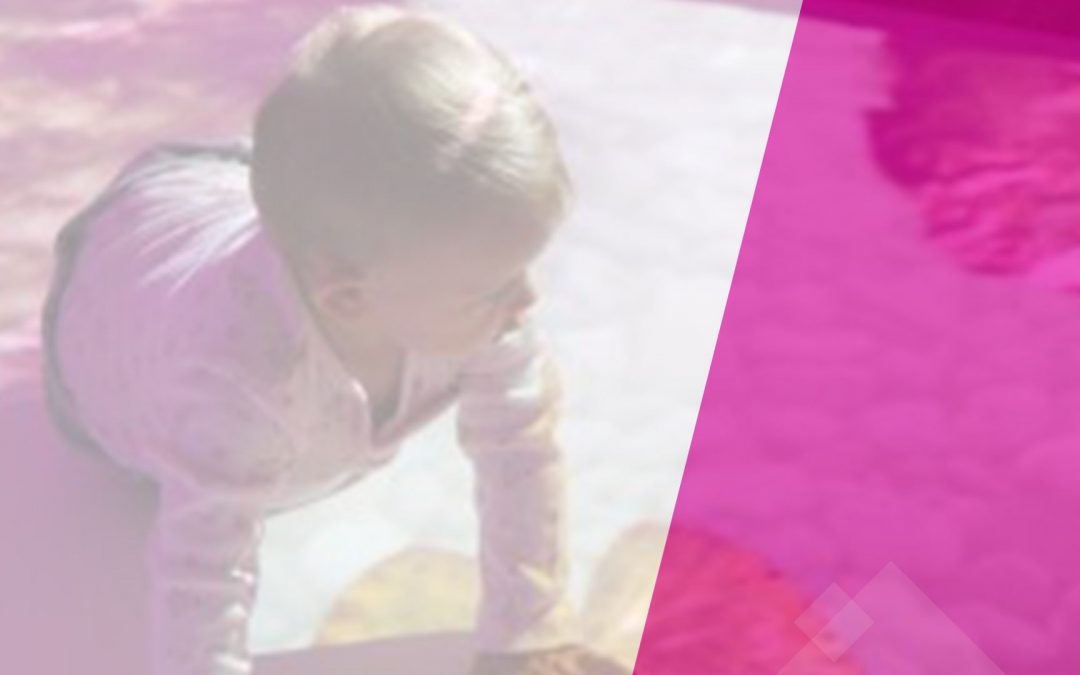 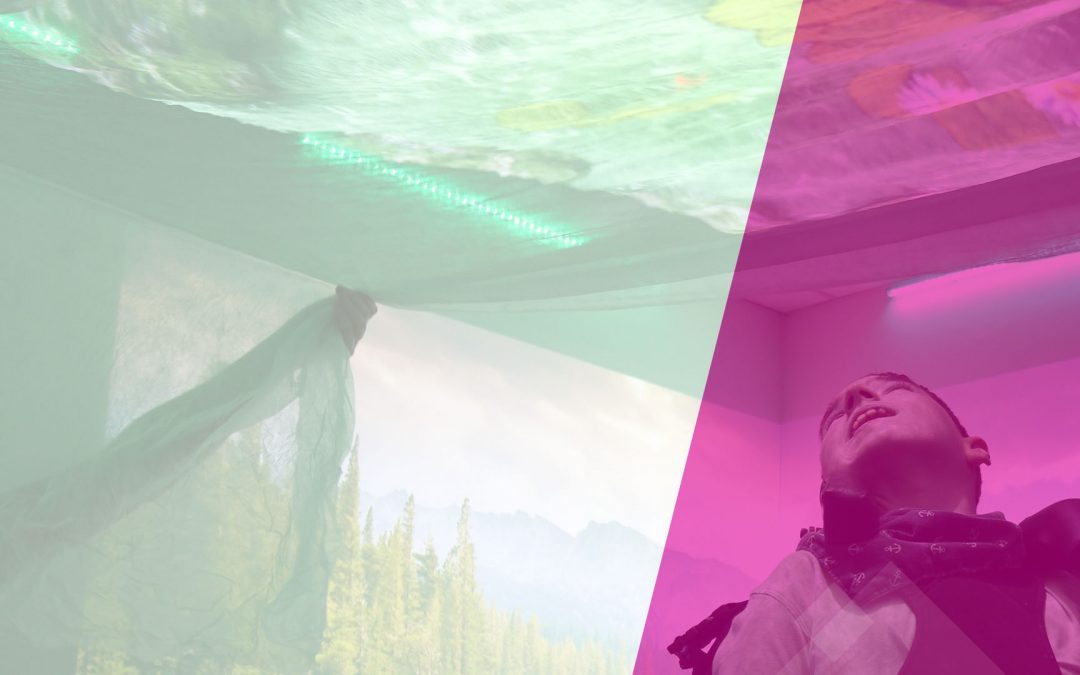 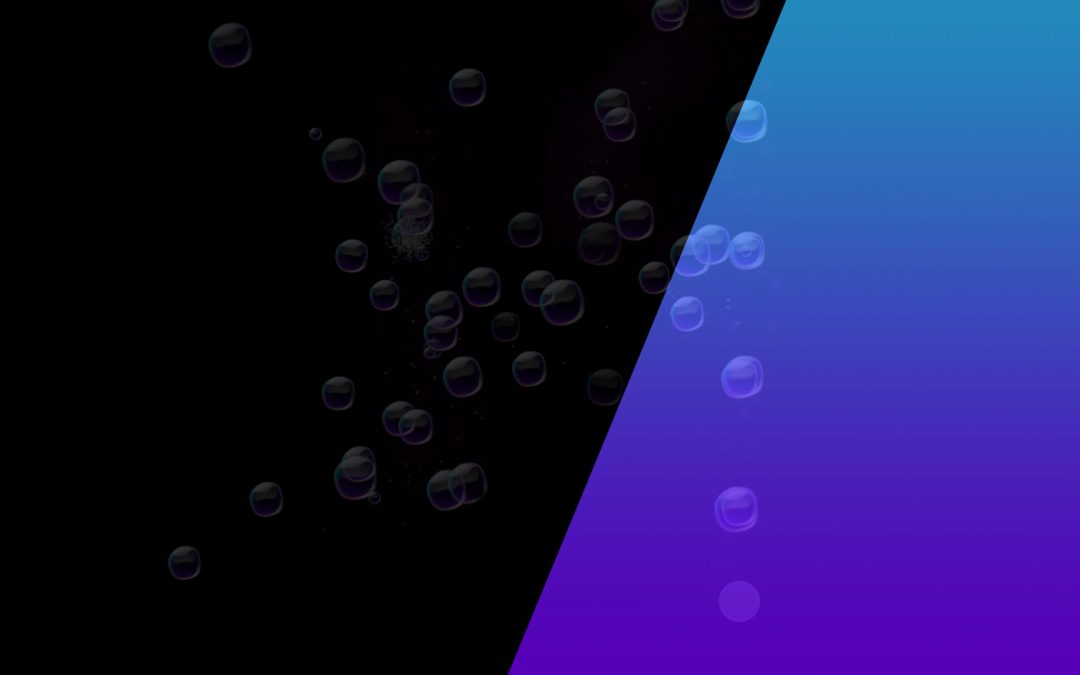 How to exit apps There are a number of ways to exit a Magic Eye FX app. We show you each of the six options that allows caregivers and users to exit...